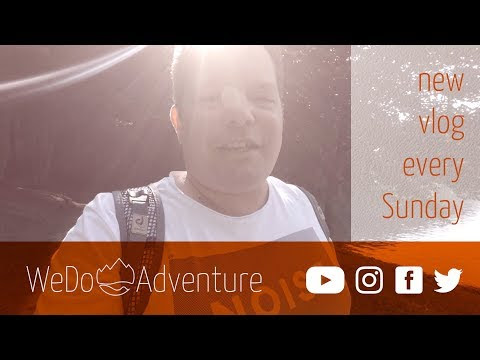 We've now been weekly vlogging about our working in Bosnia and Herzegovina for over two years, which means we've comfortably passed the one hundred vlog mark. They're not all masterpieces, but most of them play their part in piecing together a broad picture of what we're doing and why it's important. Plus you get a good view of what the country looks like, which, in our opinion, if often way more beautiful than many people imagine. If you've not checked them out then this trailer will show you what you may, or may not, have been missing!
1 comment
Read more

- February 24, 2017
Thanks for taking time to check out the work we are doing in Bosnia and Herzegovina. It means a lot to us. This post contains a quick overview of where you can connect with us online and how to find out more about Novi Most, the youth work charity we are volunteers with. We make weekly vlogs which we upload to YouTube . We post photos and short videos on Instagram . All of this content is also available through our Facebook page . You can email us and if you like to support us financially you can download this form . You can follow Novi Most on Facebook and on Instagram . Their website is novimost.org .
Post a comment
Read more 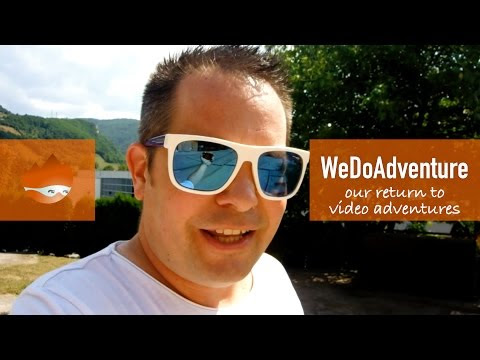 Our banner image used to proudly declare "blogging from Bosnia and Herzegovina since 2008". These days that would be a false claim. We have been in Bosnia and Herzegovina since 2008, all the time working as volunteer youth workers with Novi Most , but the blogs stopped a few years back. After what was an undoubtedly inadvisable absence online we started a weekly vlog back in July last year. Over the last eight months these have highlighted different aspects of our work, as well as giving a glimpse into the travels that accompany it. They are all neatly arranged in this playlist below. We hope you enjoy them. You'll find a new video every Sunday on our YouTube channel .
Post a comment
Read more

Happy: we didn't make this!

- January 26, 2014
Don't miss the nuance of the colon: the video is called Happy, and we didn't film or edit it. Rowan, however, did lend her smiling face and improvisational dance skills to the project. Internet people will probably have heard about Happy, the song from Despicable Me 2 by Pharrell Williams. You can watch the original version on the IamOTHER Youtube channel . If that's not enough for you there is 24 hour version , split into hour-long movies on the same channel. It's a genius way to prove a viral concept doesn't have to be short and sweet. Far from the streets of LA, this dance response comes from the streets of historic Jajce, in Central Bosnia. The project was organised by volunteers at the Omladinski Centar, the local youth centre in town. The video was uploaded yesterday and as I'm writing this has just under two thousand views. That's good going. Judging by the number of people we're seeing share it on Facebook that's just the beginning. Enjoy
1 comment
Read more

- January 19, 2014
Today is FIS World Snow Day . Last year we were out on a very patchy piste making the most of some less than ideal conditions at the slope above Jajce. This year there isn't a ski lift working in the whole of Bosnia and Herzegovina! You can't even say it's been a bad winter, it's barely been winter at all. There was a snow fall in November. A few resorts got enough of a base to open up for a week or two. We managed a trip to Vlašić on 21 st December, the day before World Snowboard Day . It was squeezed into a really busy period of work but the decision to head for the hills when we did looks better and better the longer winter waits to put in a proper appearance. Since the New Year the forecast has been promising snow 'next week'. It's well known that tomorrow never comes; next week has been showing even less intention to turn up. Locals tells us tales of a town virtually besieged by snow during their childhood winters. Even allowing for a little exagge
Post a comment
Read more

- January 17, 2014
Lest our last post read as some sort of rant against English language music let us redress the balance. Last weekend we got to see the powerful impact some properly performed pop can have on people's imagination. The video below is a short clip of Chip Kendall and DJGalactus Jack encouraging teenagers in Mostar to Solve It On The Dancefloor. It proves that language barriers don't get in the way if the energy is right, and that people from all different backgrounds can put their differences aside and party together. It may be presumptuous to suggest such moments solve deep-seated social issues but they have to help build a better tomorrow. So much of our behaviour, individually and as communities, is governed by emotional reactions to events; positive emotions from a shared experience have to be a good thing. It was a night they won't forget. The young people we know are asking for copies of this music which shows the moment may well live on for a long time yet.
Post a comment
Read more
More posts