Showing posts from August, 2013
Show All

- August 31, 2013
Tonight we are officially at the end of our Novi Most summer activities for another year. We had a parents evening to finish things off, giving them a chance to see what their young people had been up to over the last two months. We crammed a bunch of activities into a short video to tell the story, although there was plenty of good stuff that didn't make the cut. It's been another summer where we've seen lots of young people get the opportunity to try new things and have some great some great experiences they probably wouldn't have got on their own. For us it's encouraging to know we have happy parents of the happy young people we've been working with. As we said to them this evening, now we have a bit of a break and we start to think what's going to make this winter special when our activities start up again in October.
1 comment
Read more

- August 16, 2013
At one of the summer camps we were part of in July there was a workshop on survival fire starting. It was a popular session, understandably. When young people see the seemingly impossible demonstrated they want in on the action. The guy leading the session had some serious mountain craft credentials to burn – if you'll pardon the pun – and he didn't disappoint. We, however, had one disappointed young person. For some reason he'd missed the workshop and really felt like he'd missed out. So we decided we'd do a bit of firelighting ourselves. Not wanting to stake a claim as some kind of mountain man I did some research on YouTube for some more urban ideas. A shopping trip this afternoon equipped me with enough cans of Coke, chocolate bars, sticks of chewing gum and AA batteries to go around. Yes, all of the above can be a useful part of an improvised fire starting process. Sadly, at this evening's get together the sun was too far gone for us to get the chocol
Post a Comment
Read more

What does 'pedalo' mean to you?

- August 08, 2013
Pedalo is a word with certain connotations, at least in my mind. At best, I'm imaging a slightly suspect water craft sporting original seventies' styling, the worse for wear as a result of almost four decades providing pleasure trips on a touristy lake or at a tacky beach resort. Truth be told, I know exactly where to find pedalos that answer to this description. However, they are not alone, nor are they the final word in recreational rentals. Tonight we went out with one of their near neighbours and experienced what has to be described as some next-generation pedalo action!
Post a Comment
Read more 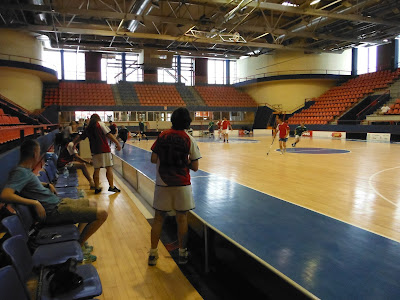 We have a floorball team here in Jajce. That is unusual. Although I'd never heard of the sport until I arrived in this country it's not one of the main sports here. Football undoubtedly claims that prize, although handball, basketball and volleyball would all give it a good run for its money. While floorball may be largely undiscovered here, as it is in the UK, it's huge in Finland. The couple of times I've been there it was the only sport I saw kids playing in the streets, unless you count cycling, which they do a lot of too. When I heard our team had been drawn against a Finnish side in an international floorball tournament hosted in Banja Luka this weekend I was a little concerned. Concerned that we would be on the receiving end of a lesson that our young team might take a little too harshly. There is, after all, no shame in being beaten by people who may have been playing the game longer than some of our team have been alive! I made sure I mentioned this per
Post a Comment
Read more 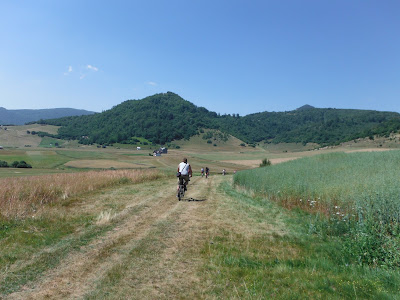 Yesterday I led a mountain bike trip for a group of young people. I used to do this back in the UK. The big difference: the distinct lack of mountains in the south of England. Here we were up at around 1000m, or 3300ft, depending how you like to measure your elevation above sea level. However the basics were the same. Giving hire bikes the once over, making sure seat heights were appropriate and that sensible gears had been selected. Like the in the UK, the aim is to ensure everyone in the group feels they have been challenged, but not freaked out, by the ride. Some of this is achieved by allowing people to ride certain sections at their own pace before regrouping, another part is in setting challenges that focus people to think about elements of their riding. One of my favourites for this the slow race. You set a short, straight course – about half a dozen bike lengths – and race head-to-head. The last person over the line wins. I was never a rider who enjoyed flying down hil
Post a Comment
Read more
More posts