Showing posts from March, 2011
Show All

It's a funny old game

- March 30, 2011
Let's pile on the the cliches; we are talking football after all. That game of two halves. The one where things always seem to be up there and probably at the end of the day! It's been described as a game that is't a matter of life and death, it's more important than that. Maybe it is, probably it isn't. Nevertheless, these days, many a manager mangles words like a would be philosopher while the stars of the pitch are schooled to deliver non-committal, controversy-free press conference performances a politician would be proud of. Taking their cue, this post will touch a little on the political and philosophical, which I hope makes up for the lack of anything more important. Tonight I played a little game. I typed 'Bosnia news' into Google, determined that I would blog about the first link it served up under its 'News for Bosnia news' heading. That was this link from ESPN Soccernet. I was the story I expected. Although I've been aware of
1 comment
Read more 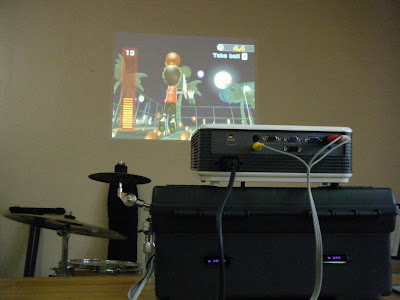 We recently bought a Nintendo Wii for the youth club sessions we're running in Jajce. There were two reasons for choosing this over a PlayStation: the Wii is less common here and it seems more of a social gaming experience. The wireless controllers often make the players as entertaining as the game play. However, it was only in the unboxing after the purchase that we realised the sensor that picks up the movement of the controllers was connected by a very thin, delicate-looking piece of wire. Not something I deemed durable enough for repeated rigging and de-rigging. One over-enthusiastic tug might have left us with an expensive collection of useless bits of plastic. And so I dreamed up this, as-yet, un-named transport, storage and protection solution for the Wii. That it doubles as a handy projector stand is an added bonus. The toolbox cost little more than a fiver and now houses the Wii console and power supply. The tool tray keeps the various controllers and connectors organi
Post a Comment
Read more

The passage of time 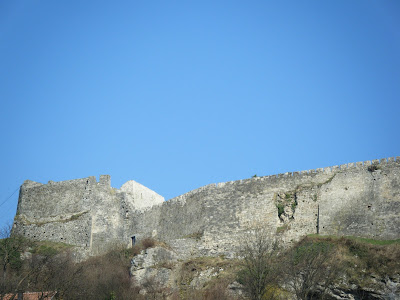 Consider this our passage of time moment. Like in the movies we are acknowledging the time since our last post by showing the changing of the season. (Compare with the post below.) This is today in Jajce, a warm sunny day that might mean winter has passed. After a couple of weeks of catching up with friends and family back in the UK we're now getting back up to speed with our work here. Rowan was running a baking course last night and is out teaching art this evening. I spent the afternoon giving keyboard lessons. So we are back, up and running.
Post a Comment
Read more

Castles in the Sky...with snow! 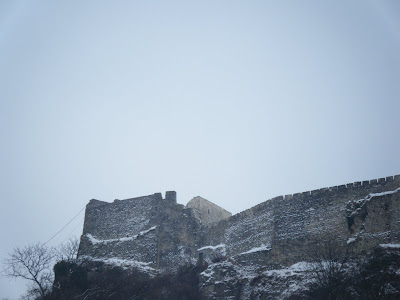 I think it was in a video I made earlier this year that I mentioned how a dash of snow suited Jajce's castle. Back then I didn't take the photos to prove it but an overnight fall gave me the chance to snap this shot while walking home today. In fairness, the castle looks pretty good whatever the weather. On Monday I was sorting through some old photos to upload on our new WeDoAdventure Facebook page . If you were to head over there and click ' like ' you'd be able to see that clear blue skies and golden sunshine also compliment it nicely. But least I be accused of favouritism let me add the castle is not the only photogenic spot in Jajce. The waterfall, the mills and the lakes are all up there as great place to take a camera; something I've tried to provide a bit of evidence for on Facebook. If you do like the page I hope you like what you see!
1 comment
Read more

- March 01, 2011
Today is Independence Day in Bosnia and Herzegovina. I don't want to claim to speak for anyone on what this means so I'll quote from something I saw on the Facebook profile of a local friend. It was written in English, so I haven't coloured anything in translation. Happy Independence Day to MY most BEAUTIFUL country Bosnia & Herzegovina!! ♥ and to all of the people living here, wishing that any subsequent year is better and that all who live in this territory feel like BiH is their homeland :) :P I wholeheartedly agree this is a beautiful country but it was the last bit that really got me. If the things I've heard over the years are a fair representation of the truth then it was the desire for distinct homelands that broke up Yugoslavia. Bosnia and Herzegovina is a country from which some people would still like to carve a distinct homeland for themselves. While not wanting to comment on the politics of that I fail to see how the economics of such action woul
Post a Comment
Read more
More posts