What a send off! 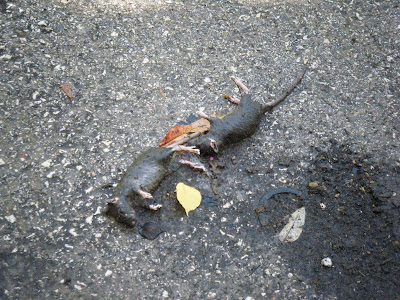 I should start by saying that we enjoyed living in Mostar for two years. Hopefully that's come through on this blog. But it was time to move on and we are now living in Jajce, in central Bosnia, preparing to start a new youth work project for Novi Most International there.
We finally moved just over a week ago. Over the past month we'd been gradually moving things to our new apartment. Last Monday we were preparing to pack our final kombi van full of stuff and head north. Then we discovered we needed a paper that I had safely stowed in Jajce to sign out with Mostar's police. It was also apparent we had more then one van full of things still needing to make the move. So Tuesday we drove to Jajce with most of what remained. We got up early to head back to Mostar, pick up the rest, sign out with the police and hand back our keys to our, now, ex-landlord.
If there is one downside to life in Mostar it is the extreme rain it gets. It rained on Tuesday night. Heavily. Very heavily. Pictured above are just two of the five drowned rats we discovered littering the street immediately outside our soon-to-be ex-apartment on Wednesday morning! I should add that in two years we had never seen one drowned rat, let alone a pack of them. We drove back to Jajce Wednesday afternoon.
Thursday saw as sending an hour trawling the streets of Travnik in search of the illusive office where we needed to register our presence in Jajce. A postman and a couple of local police were unable to point us in the right direction. We had directions but it wasn't until we found the building that they finally made sense with everything that we could see around us.
And so we're at the beginning of a new chapter of our Bosnia and Herzegovina adventures. This week's adventure has been our attempt to get the internet connected at home. Despite arranging everything with the HT Eronet office last Friday tomorrow will mark a week of tomorrows in which we have stayed in on the promise someone would turn up to install the necessary equipment. Maybe tomorrow!
adventure chapter drowned internet Jajce mostar moving new rain rats

Andy Gunton said…
Enjoy your new start.
And now i know where that expression about drownded rats comes from!
14 October 2010 at 11:42

David said…
We have a squirrel living in our attic. It's so far twice managed to spring the live traps I put there, but not been caught. I've named it "Houdini".
15 October 2010 at 08:53