Of Villages and Boys Toys 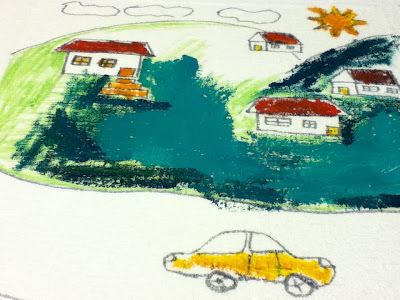 After being involved in youth work for more than fifteen years you've heard lots of reasons, and occasionally excuses, as to why people didn't show up when you were expecting them too. Today I heard one I'd never heard before. Rowan and I used to do a lot of youth work out of a school youth centre in a rural part of Sussex. Even there this never cropped up. Jajce is more rural still, as this picture indicates. It was produced by one of the young people who did make it to our first Novi Most session in Jajce. He was one of almost twenty who responded to the invitation and came to see what opportunities could open up with Novi Most now working in the town. It was a very positive couple of hours. We'll run a similar introduction session next weekend for those unable to be there today. Some of them were at a school event happening in town, which is familiar territory; others, however, had to go to a village and slaughter some pigs, which is definitely a new one for me! 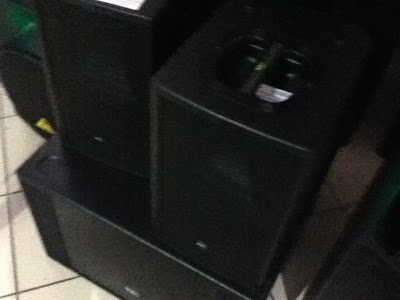 In have to add this picture of some black boxes for all of you who can identify with boys toys type excitement. What you may or may not be able to make out is a small KV2 Audio PA system. At the last big event I played at in the UK before moving to Bosnia and Herzegovina we rocked a significantly larger KV2 Audio system. Buried in the back of the wardrobe I still have a couple of KV2 Audio T-shirts, gifts from the nice people on their stand at Plasa, an annual sound and lights trade show held at Earl's Court, London. My snap was snapped in Artist, a music store in Banja Luka. It's a real rock'n'roll music store. One where they let you touch things without hovering like over-protective parents. Such shops used to exist in the UK, but the ones I used to frequent in the early days of my musical journey have long since evolved into don't-touch-without-permission generic supermarkets for sanitised musical equipment. More's the pity! The downside of the visit was the sudden urge to buy things I probably don't have the money for. The upside was the discovery of many useful things I haven't seen on sale in the music stores in Mostar or Sarajevo. I don't think it'll be too long before I find myself back in Banja Luka with a little bit more time to spend checking out the plentiful delights of this Aladdin's Cave.