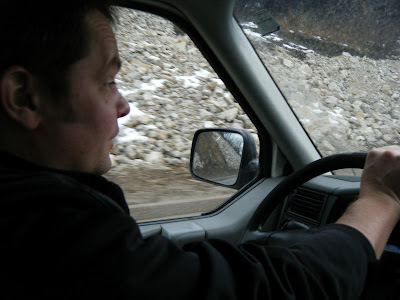 The other day the M40 cropped up in a conversation with a friend. We discovered we have differing views on this sweeping stretch of motorway that connects London and Birmingham. I used to look forward to it as a relatively congestion-free chance to actually drive after grinding around the M25. She was too aware of the accident statistics people playing this kind of catch-up caused to ever enjoy using it.

At 89 miles long, or 143.2 kilometres, the M40 alone provides almost exactly double the amount of motorway capacity that the entire country of Bosnia and Herzegovina has. It is a country with only two sections of motorway: around 40 kilometres between the mid-Bosnian towan of Kakanj and Sarajevo, and around 30 kilometres heading north from Banja Luka to Gradiska, on the border with Croatia. I have driven both sections end-to-end several times.

The good news is more is on its way. BiH's Federation government has just signed an agreement worth 115 million euros with a Turkish company to build five kilometres of motorway. This new road, including two tunnels and a bridge, will head south from Sarajevo, as part of a 20 kilometre section that will start to connect Sarajevo to Tarcin and Konjic before continuing to Mostar and the Adriatic coast. I won't be holding my breath for faster travel though: Balkan Insight reports this work won't see completion for at least two years. Five kilometres in two years sounds a lot like the M25!
bih Bosnia and Herzegovina construction M25 M40 motorway new road road works UK