We owe One Direction 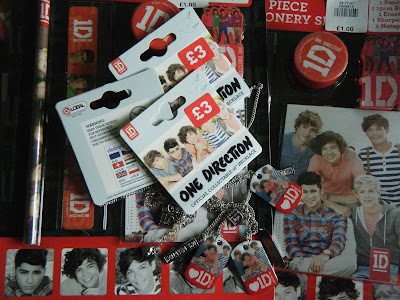 It's been just over two years since we moved from Mostar to Jajce. Mostar is not short of internationals living there; there are governmental agencies, non-governmental agencies and the United World College that between them draw people from the four corners of the globe. Jajce is different. There are very few foreigners who live in the town and while many of the young people we work with seem to have cousins or aunts or uncles scattered across Europe, or in the States, we found ourselves with a lot of explaining to do. “Where are you from?” “England.” What's that?” is, believe it or not, an accurate translation of an early conversation. At least one young person was convinced London and America were basically the same thing. Another stated categorically that soon the US would be part of Europe, because eventually everyone was going to be part of Europe. This had to be true: their teacher had told them!

But all this happened before One Direction. In the last year they have done more for British brand recognition in central Bosnia than anything or anyone else. Forget the Queen. Forget London 2012. What the girls we know will remember about this year is the day they met a woman whose daughter had kissed a member of One Direction at a party in his pre-fame days. Yes, tears were shed over this discovery. I don't know if they know that the Union Jack is, in fact, the British flag and not something One Directions design team dreamed up. Either way, it too elicits the same kind of clutching, gasping, beating-heart response that a picture of those five beautiful boys would. It's like Cool Britannia all over again.