A quicker there and back 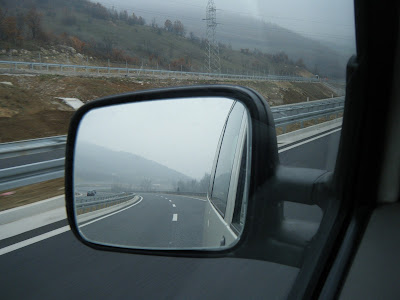 Today I did a quick 'there and back again' to Sarajevo. This was made all the quicker by the completion of another section of motorway since the last time I made the trip; that was mid-May, if my memory serves me right. It's strange to think that the six-and-a-month gap between that trip and today's represents my longest absence from the city in the last five years. We arrived to wintery-cold in the country's capital on Thursday 29th November 2007, on a now discontinued BA flight from London, at the start of our first trip to Bosnia and Herzegovina. Since then large parts of the city have become familiar stomping grounds.

But while we can look forward to faster journeys to Sarajevo in the future we are unlikely to see any change to times to Mostar. Geography dictates the winding mountain roads are unlikely to ever be widened. We are taking some of the young people who attend Novi Most activities in Jajce to Mostar this weekend. The temptation is to try to get to the end of a long a winding road as quickly as realistically possible but three hours of twisting and turning provides all too much opportunity for travel sickness. Having cleared up vomit in our van three times this weekend I'll be trying to drive extra-specially slowly and smoothly next time out!
journey motorway new quicker road sarajevo visit