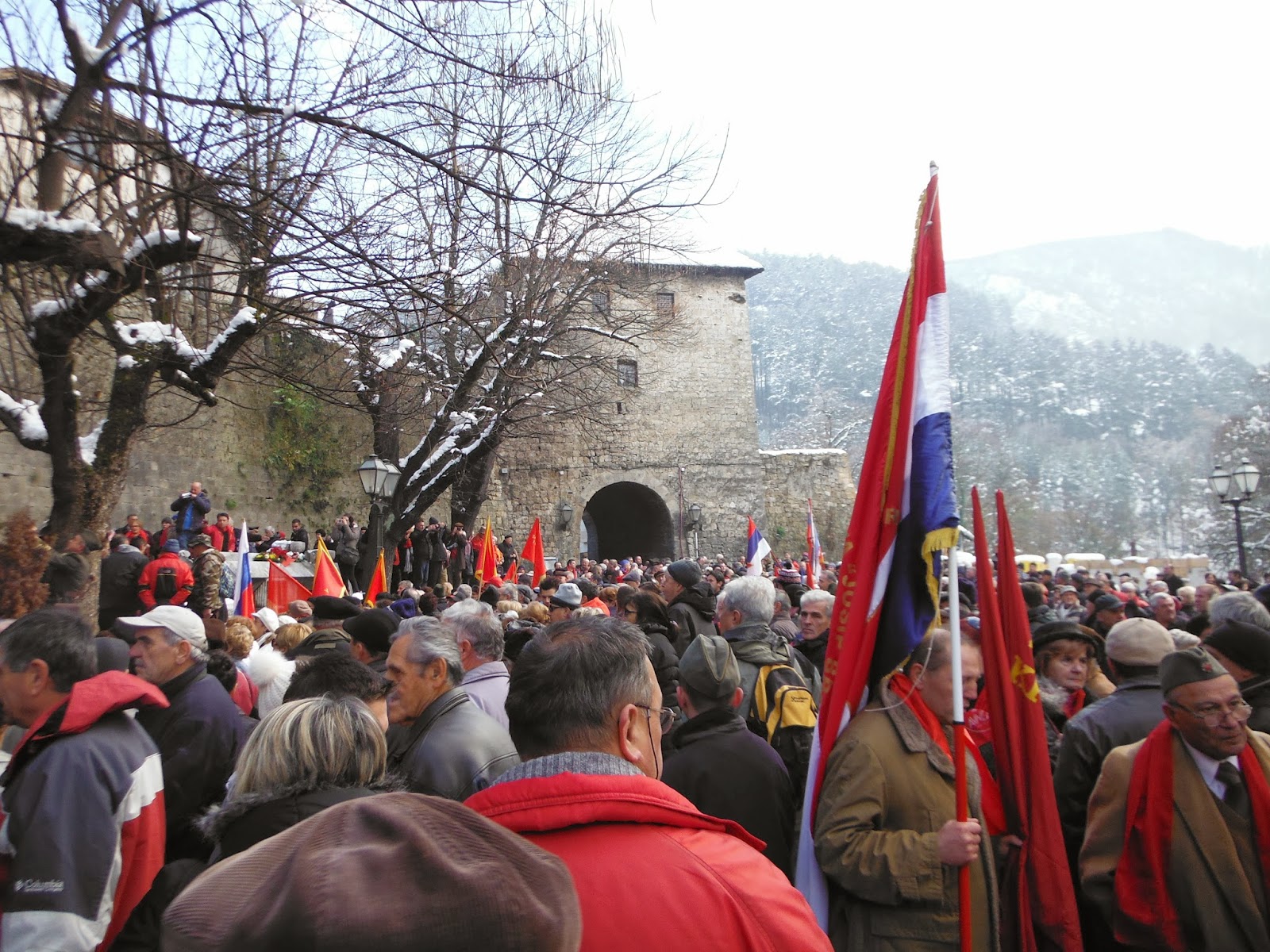 AVNOJ stands for Antifašističko Vijeće Narodnog Oslobođenja Jugoslavije, or Anti-Fascist Council for the National Liberation of Yugoslavia. If you were to take a visit to the AVNOJ museum in Jajce – and understand enough of the different languages the information panels are written in – you would come away with the impression that the establishing of Yugoslavia was a very organised affair. I've not come across anything to suggest this wasn't actually the case. That this organisation happened under occupation, while fighting a resistance movement is impressive. It provided the basis for a establishing a country that lasted fifty years, give or take.

Yesterday was the 70th anniversary of the meeting in Jajce that saw Yugoslavia signed into existence. Today more people will pass through the museum's doors than probably will on any other day of the year. The local news are reporting more than a thousand visitors in town for today's commemorative events. We went out earlier to see what was going on. There were some great Partisan costumes, many of which looked like the real deal. Some had more flair than others, some were even worn by people who might just have worn them first time round. What was clear, however, was the clothes have survived better than AVNOJ's organisational abilities.
29th November 70th anniversary AVNOJ Jajce Museum organisation Partisans Yugoslavia